Barley is one of the cereal grains that humans have been consuming for a long time. And since chickens can eat most of the human foods, it makes sense that people may wonder if they can feed their chicks barley, or pearl barley.

Can chickens eat pearl barley? yes, they can. Chickens can enjoy most of the grains after all, and pearl barley is even better than normal barley. How does pearl barley benefit chickens’ health? Let’s find out.

What is pearl barley?

Barley is a plant with many usages for human consumption. For example, animal fodder, fermentable material for beer, barley bread, and a component for many other foods.

Pearl barley (or pearled barley) is whole grain barley that has been processed to further remove its fibrous outer hull and polished to remove the bran layer. It can be further processed into many products like flour, grits, etc.

For humans, it is the most common form of barley since it is less chewy and cooks faster than normal barley or hulled barley – a less-processed form of grain. 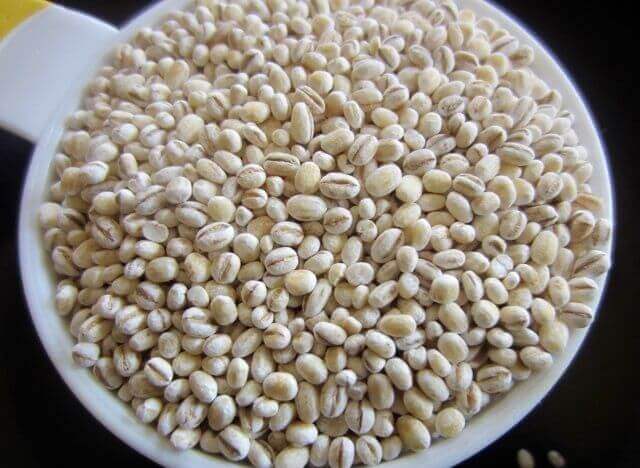 Since chickens can eat most grains just fine, yes, they can eat pearl barleys, though it is not the best choice. You should feed them in moderation in conjunction with the chickens’ main diet.

For pearl barley, it would be easier for you to cook and your flock to digest than less-processed barleys, but maybe not as nutritious since the outer hull and bran layer was removed.

Still, barleys or pearl barleys can bring lots of health benefits for your chickens. They are nutritious and can be something for your chicks to forage for and scratch.

Of all those vitamins, there is folate helping prevent embryo loss during the incubation’s late state. So it would make a nice treat for laying hens.

You can also find in pearl barley minerals like copper, iron, manganese, sodium, zinc, and minerals with high amounts like calcium (11mg per 100g), magnesium (22mg per 100g), and phosphorus (54mg per 100g).

Pearl barley can act as an energy source in a chicken feed, but they should not be fed in high amounts. Barley’s carbohydrates are not easy for chicks to digest because of the non-starch polysaccharides (NSPs).

Another factor affecting chicken digestion is beta-glucans in barleys. Besides its chemical structure, beta-glucans can increase intestinal content viscosity by binding with water, resulting in fewer nutrients available in the diet.

Beta-glucans are also what can cause sticky dropping, which may lead to pasty butt. But, you won’t have to worry too much when feeding pearl barley to chickens since the amount should not be too much.

Furthermore, you can get some commercial feed enzymes to break down those beta-glucans and reduce intestinal content viscosity.

Just keep in mind that these enzymes’ performance is affected by the chickens’ age and the barleys’ cultivar. Generally, old chicks tend to utilize pearl barleys better than young chicks.

Pearl barleys are not as nutritious as other less-processed barleys. So you may look into uncooked barley and wonder if the chickens can eat them.

It is fine for chickens to eat uncooked or raw barley. You won’t even have to soak or process the uncooked barley like some legume plants to make the barley easier to eat.

This is because a chicken has an organ called a gizzard. Its job is to break down any food, even hard food, to be further digested. The gizzard utilizes small stones and grit that chickens eat to break up the food.

As the chickens are developing, the harder they consume, the more muscle mass their gizzards gain. 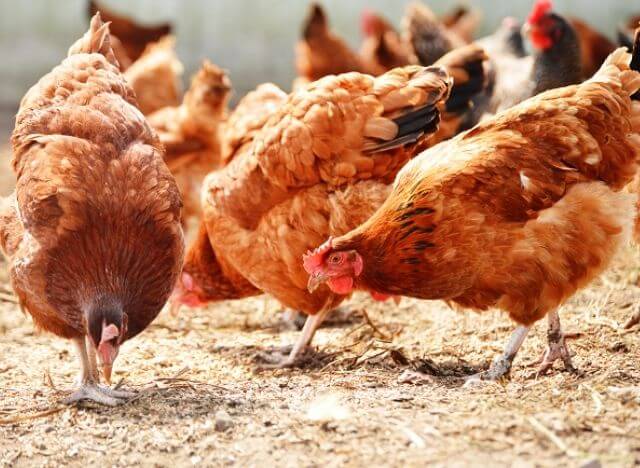 Barley is OK for chickens

Is barley better than wheat?

Both barley and wheat are decent sources of nutrients; the range of nutrients is similar on both foods though.

Wheat contains way less fatty acid than barley, which makes barley has about 10% higher caloric content, wheat is also higher in protein. However, barley has 40% more fiber than wheat.

Regardless, as long as you feed chickens the right amounts of grains as a treat, the grains are an excellent addition to your chicken feed.

What shouldn’t you feed the chickens?

Barley is not the best choice for your chickens’ main diet, so you should use some other foods that are safe for chickens. While doing so, try to avoid these foods:

Yes, Chickens can eat pearl barley, barley is OK for chickens as a treat in moderation. It contains a decent amount of nutrients like vitamins, minerals, and has a low amount of fat.

However, it may not be the best choice for your chicks because of the beta-glucans and the non-starch polysaccharides that make the digestion process harder.

Beta-glucan may cause pasty butt as well. But commercial feed enzyme can solve that problem easily, it is however not as effective on baby chicks as old chicks