Chickens nowadays are a great source of meat and eggs. They are really fun to keep, raise, and observe thanks to their unique personalities. They can also eat almost anything that humans can eat, which is convenient for us as owners.

You may know the chickens’ ancestor is the Red Jungle Fowl. But if you go further back, their great ancestors are actually pretty close to the dinosaurs. So are chickens the closest relative to dinosaurs?

Are chickens the closest relative to dinosaurs?

Chickens are closely related to dinosaurs. Their ancestors went through millions of years of revolution to get the result of the chickens. Chickens, along with turkeys, are the closest relative to dinosaurs compared to the bird family group.

Don’t be fooled by the fact that chickens nowadays only seeds, grains, etc. Their great ancestor is one of the most fierceful predators. When people compared the DNA of a Tyrannosaurus Rex to DNAs of today’s animals, they found that chickens’ are the closest one.

Chickens are more related to dinosaurs than alligators

The DNA’s analysis is done on a dinosaur (T-rex) fossil. The fossils contain some soft tissues like blood vessels, this enables researchers to take a sufficient amount of samples for the analysis.

They also compared the Mastodon’s DNA to modern animals’ and found amazing results. The T-rex’s fossil proteins are very similar to those of chickens, and the Mastodon’s are similar the most to modern-day elephants.

People have been predicting the similarity of birds and dinosaurs thanks to both sharing pretty similar bone shapes. But the predictions haven’t been backed up by any research, until a 2008 research gave an answer.

Professor John Asara from Harvard said that the T-rex grouped better with bird species compared to any other organism, particularly ostriches and chickens.

He also said that the T-rex grouped better to bird species than reptiles like alligators or green anole lizards. This shows that modern day reptiles are more like distant cousins of the dinosaurs compared to birds, even though dinosaurs were reptiles as well.

Bhart-Anjan Bhullar tried to modify a chicken back to change it back to its ancestor – the dinosaurs.

He did it by taking samples from embryonic chickens, then he altered some of their genes. The result was astounding, the embryo grew and developed very similar properties to those of dinosaurs.

Particularly, the new subject’s snout was new and very similar to that of dinosaurs. This opened a potential that if more correct genes were changed, the embryo could possibly hatch into a dinosaur straight away.

While Bhullar didn’t intend to create a dinosaur by reverse engineering the evolution and. But there is nothing stopping other people from trying, so it is possible that we may see dinosaurs sometime in the future, or at least the attempts of making one. 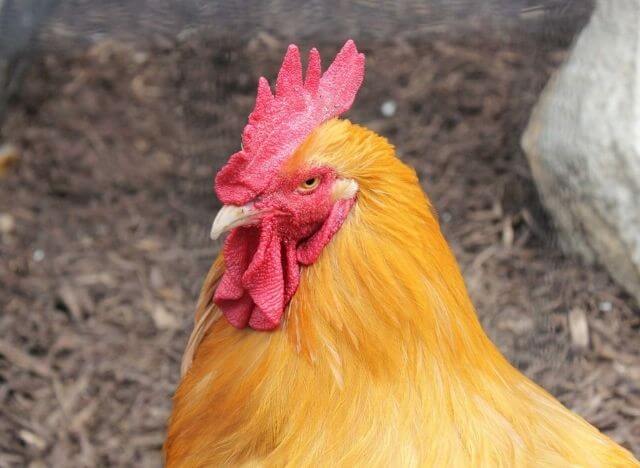 How could dinosaurs evolve into birds if they were extinct?

We all learnt that a giant asteroid hitting the earth made the dinosaurs go extinct. But, not every species of dinosaurs died out. Small dinosaurs did survive and later evolved into modern day birds.

Being small was the key factor that let the small dinosaur survive. Smaller bodies meant less food needed and easier to find shelter to stay away from the asteroid.

Traces of the chickens’ ancestors will still be stored somewhere within the chickens’ DNA. They may not be complete information, but they should be there since evolution didn’t mess up vertebrates’ DNA to the point of creating a completely new set of DNA.

Bhullar – now a professor at the Yale university – explained that the anatomies of vertebrates can only vary to certain points since their bodies may be so complex that messing up something early on will not result in a functional living creature.

Feathers are one of the traces that differentiates birds from other species. And there is another proof and the relationship of chickens and dinosaurs – the finding of a feathery dinosaur species.

About 85 million years ago, there existed a dinosaur named Archaeopteryx. It was a close relative to the T-rex and the velociraptors. And it had wings and feathers all over its body – the features of nowadays birds.

Also, its body shape and its brain structure resembles nowadays birds’ bodies and brains. The difference was that it had snout with teeth instead of a break like the birds.

Bhullar also found that the only difference was the unevolved part of the dinosaur body, and the modern day birds’ beaks are the overgrown adaptation at the birds faces’ front, from just a pair of tiny bones.

Throughout evolution, the snout with teeth was removed due to the ways the animals looked for food. The jaw part shrank, along with the *beak* part grew longer to replace the jaw part, which further resemble modern day birds’ beaks

Researchers found that the dinosaurs’ proteins are very similar to that of modern day chickens. And if you alter a few genes from a chicken embryo, you will get a new subject that has similar properties to the dinosaurs.

Another proof is that there was a dinosaur species that has a feathery body just like modern day birds. The only difference was the snout with teeth, which disappeared over time as the creature evolved.