The Minorca chicken is an excellent layer of large white eggs. They are not usually broody and enjoy foraging and free range. They are hardy although can suffer from frostbite of the comb in colder weather.

This chicken breed is useful for utility purposes such as egg production or exhibition. They originated from the Mediterranean and come in black, blue, or white colours. Cock birds typically weigh 3.2-3.6 kg while hen birds weigh 2.7-3.2 kg.

If you are looking for a dependable chicken breed that does well in colder climates, the Minorca chicken is a great choice!

History and origin of the Minorca chicken

The Minorca chicken is a popular breed that is known for its hardiness and egg-laying ability. The breed was developed in the Mediterranean area, and its name comes from the Island of Minorca off the coast of Spain. There are two theories about the origins of the Minorca chicken: that it is descended from African birds brought to the Mediterranean by the Moors, or that it is descended from Italian birds brought to the region by the Roman Empire.

The Minorca chicken has been present in England since at least the mid-1830s, and from there it was introduced to the United States. The American Poultry Association recognized several varieties of Minorca chicken in the late 19th century, including the Single Comb Black and Single Comb White. Today, the Minorca chicken is a popular choice for backyard flocks due to its hardiness and prolific egg production. 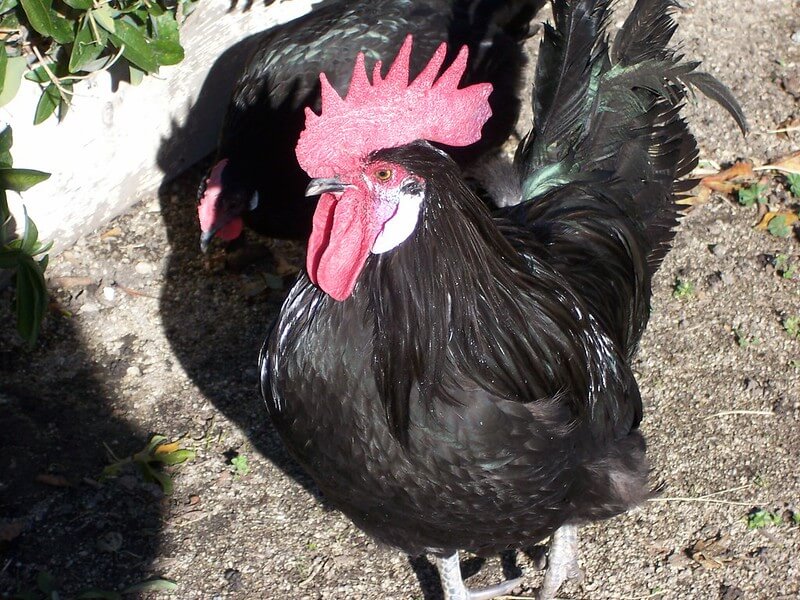 Physical characteristics of the Minorca chicken

The Minorca is a chicken breed that is native to the Mediterranean region. These birds are characterized by their long bodies and tails, large combs and wattles, and wide feathers that are closely held to their narrow bodies.

In cold weather, Minorcas are prone to frostbite due to their large combs and wattles. While they are not typically used for meat production due to their slow growth and narrow bodies, they are good egg layers and can be resilient birds when it comes to foraging and terrain.

In recent years, however, they have not been intensively selected for egg production. Overall, Minorcas make for stately and impressive chickens that can perform well in a variety of environments. 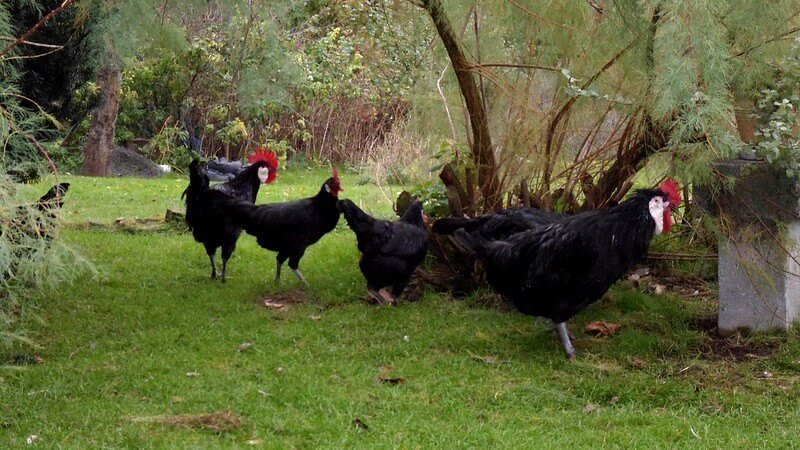 Temperament and personality of the Minorca chicken

Minorca owners agree that this chicken is one of the most fun, friendly, and curious birds amongst their flocks. While they are alert, they aren’t irritable like some antsy, flighty birds. The Minorca appreciates her people and has no problem spending time near them when the opportunity arises.

They are docile birds with a professional demeanor. They get to work foraging during the day but are comfortable networking with the humans in their lives.

The Minorca is a beautiful bird that adds to backyard flocks and large white eggs that can stand up to double-yolkers any day. So, if you’d love an elegant pair of chickens jitterbugging around your backyard, a Minorca roo and his hen may be just the ticket.

Care and maintenance for the Minorca chicken

Minorcas don’t have any special health considerations. They are a relatively healthy breed that does well in many environments, soil types, and housing. Basic chicken care is all you’ll need to keep your Minorcas happy. The only thing to bear in mind is their heat and cold tolerance.

Since these chickens came from the Mediterranean, they’re especially suited for life in warm climates. They love to bathe in the sun and will spend hours lounging in the sand and dirt. That said, they’re not well suited for cold weather. 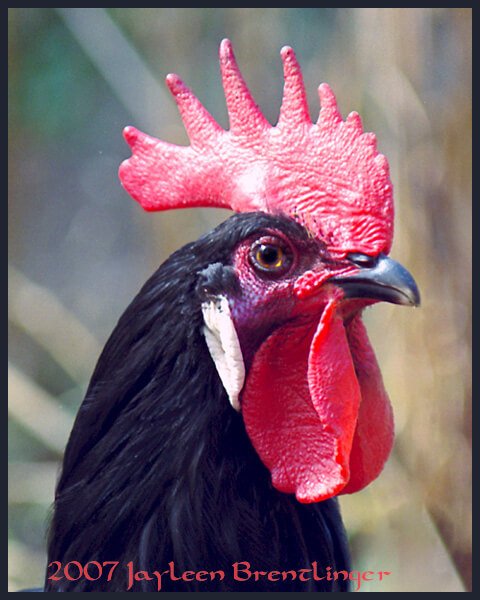 The main issue you’ll face with Minorca chickens is the risk of frostbite. Since their wattles, combs, and earlobes are so prominent, this presents a lot of exposed skin for frostbite to take hold.

To help these majestic chickens stay healthy and warm in the colder months, consider investing in a chicken coop heater. This will give them a warm place to retreat to when the temperature starts to drop. You should also make sure that their coop is well insulated and draft-free. By taking these precautions, you can help your Minorcas thrive all year round!

Minorca chickens are a hardy breed that originiated on the island of Minorca, off the coast of Spain. They are known for their large size, white plumage, and black tail feathers. Minorcas are good egg-layers, producing up to 200 eggs per year. If you’re thinking of raising Minorca chickens, here are a few things to keep in mind:

How to care for your Minorca chickens in winter

The arrival of winter means it’s time to start thinking about how to care for your Minorca chickens. While they are hardy birds that can withstand cold temperatures, there are a few things you can do to make sure they stay healthy and comfortable throughout the winter months.

First, make sure they have plenty of food and water. Chickens need extra energy to stay warm in winter, so it’s important to give them a diet that is high in calories and protein. You should also make sure their coop is well-ventilated and dry. Wet, cramped conditions can lead to respiratory problems, so it’s important to keep their living space clean and free from dampness.

Lastly, don’t forget to give your chickens regular access to sunlight. Winter days are shorter, so they may not get as much natural light as they did during the summer. However, exposure to sunlight helps chickens produce vitamin D, which is essential for bone health.

By following these simple tips, you can make sure your Minorca chickens stay healthy and happy all winter long. 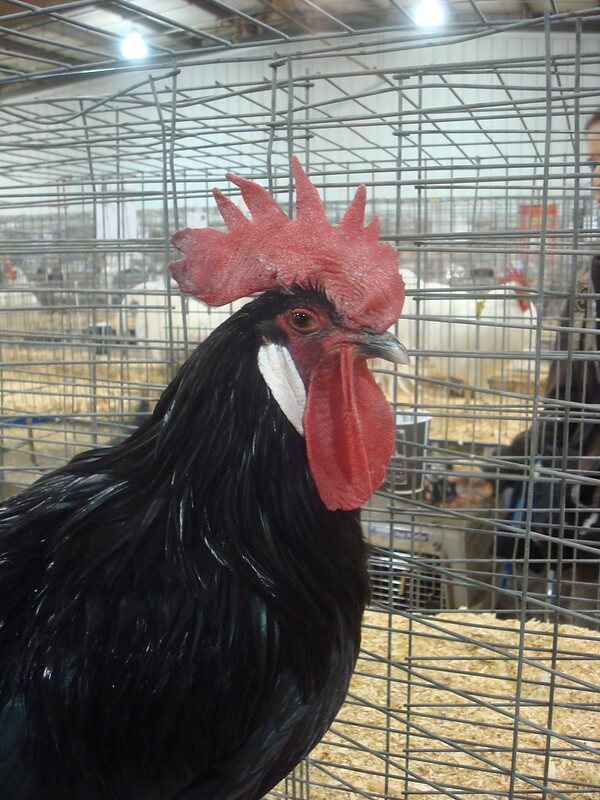 Conclusion: why the Minorca chicken is a great choice for your flock!

When it comes to choosing the right chicken for your flock, there are a lot of factors to consider. However, one chicken that is definitely worth considering is the Minorca. The Minorca is a hardy bird that is well suited to both hot and cold climates. They are also good egg layers, averaging about 250 eggs per year. In addition, Minorcas are known for being calm and docile birds, making them a great choice for families with small children. So if you’re looking for a chicken that is both productive and good-natured, the Minorca is definitely worth checking out!